The following was pulled from an article on MedicineNet.com, and has had me thinking for quite a while now. I first drafted this post in October, and was reminded of it again as several of my new T21 friends, that I have met online since Seth was born, have been discussing the world’s misperceptions about this syndrome:

In great error, Langdon Down attributed the condition to a “reversion” to the “mongoloid race.” He held that evolution had been reversed and there had been a sort of backslide from the superior Caucasian to the inferior Oriental race. Hence, the name Down syndrome smacks of racism.

The disorder was also once called mongolism, a term now considered perjorative, and to be avoided in English. (It is still used in some countries). Other names that have been used over the years include mongol, mongoloid, mongolian imbecile, mongoloid idiot, mongoloid deformity, Kalmuck idiocy, Tartar, unfinished child, Langdon-Down syndrome, Down’s anomaly, and Down’s deformity.

All of these names should, in our view, be jettisoned. The least controversial and most appropriate name for this syndrome may simply be what causes it: TRISOMY 21.”

One of my favorite new friends from Kimchi Latkes, whom I have ACTUALLY visited with in person 3 separate times, shared a post that her husband wrote recently too. My favorite paragraph is this one:

Second, why in Heaven’s name do we still refer to T21 as “Down syndrome”???!!! I don’t know about you, but before I read Down’s paper, I imagined him as a mild-mannered geneticist in a lab coat working hard to figure out the extra chromosome thing. Not so. That guy’s name is Jérôme Lejeune, who did his research in the 1950s. By calling T21 “Down syndrome,” we all unwittingly perpetuate Down’s offensive legacy, not to mention the junk science that spawned such senseless tragedies as mass institutionalization, eugenics, and forced sterilization–i.e., the unspeakable suffering of countless human beings. Wouldn’t it be better to simply call this genetic condition T21, or even “Lejeune syndrome”?

What do you think? SHOULD we try to change the name, and thus the misperceptions? You say it is too hard to change something this prevalent? Consider a waterfall. What initially appears to be a sheet of water is actually millions of tiny droplets, each one separate from the other, but together, they are a mighty force. 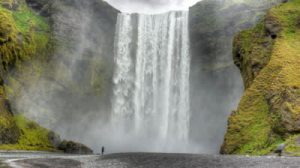 There’s an old hymn that reads:

What if the little rain should say,
So small a drop as I
Can ne’er refresh these thirsty fields,
I’ll tarry in the sky?

What if a shining beam of noon
Should in its fountain stay,
Because its feeble light alone
Cannot create a day?

Doth not each rain-drop help to form
The cool, refreshing shower,
And every ray of light to warm
And beautify the flower?

Go thou, and strive to do thy share-
One talent,-less than thine,-
Improved with steady zeal and care,
Would gain rewards divine. 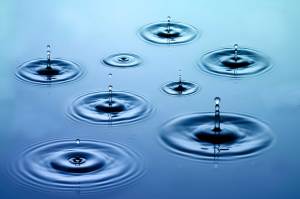 We also see it written in the Scriptures, in Job 36:

Behold, God is great, and we do not know Him;
Nor can the number of His years be discovered.
For He draws up drops of water,
Which distill as rain from the mist,
Which the clouds drop down
And pour abundantly on man.